The present and future of real-time graphics in film

The movie frames we see when watching films today are typically generated using an offline renderer, which could take multiple hours per frame to produce. This time-consuming process makes previewing content difficult, so creators have worked around this issue by utilizing real-time graphics to iterate their content more efficiently. While real-time graphics could be used for previewing, the level of quality had not yet reached the standards needed for a final movie frame. However, over the years, the previews generated by real-time graphics have gotten more refined and have even enabled pre-visualizations using virtual reality. This provides even more context to creative minds. In addition to the ever growing use of real-time graphics, the quality of technology has improved, potentially allowing for the generation of final frames, that can start to look like a movie. This panel will bring together engineers, artists and executives representing various areas of expertise to provide information about how real-time graphics are being used in multiple studios today. They will also describe some of their challenges and how they foresee the future of real-time graphics in film. 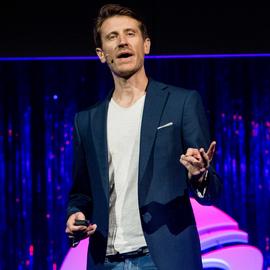 Pol Jeremias Vila is a computer graphics engineer. He is currently the Director of Real-Time Production Tooling at Netflix helping to create the future of filmmaking tools for animated films. Previously, he led the development of projects such as Hydra (part of USD) and Storm at Pixar Animation Studios. Additionally, he is a co-founder of Beautypi LLC, creators of Shadertoy.com and Memix.app (acquired by Mmhmm Inc).